Despite the continued wet weather, my garden has begun to look somewhat ragged at the edges.  The growing things are weary and looking forward to a resting season. 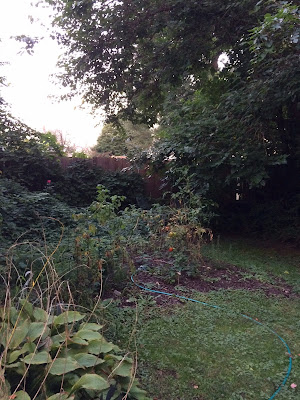 The continued warmth and sunlight has ensured that I am still harvesting tomatoes.  Many more remain set on; there are even new blooms this week.  But it will be a race against cool weather to have those tomatoes. 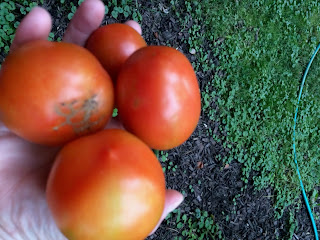 The late-planted zinnias have generated a bloom, but the others are being chewed up by the local wildlife, so I may not have many more flowers before the first frost arrives. 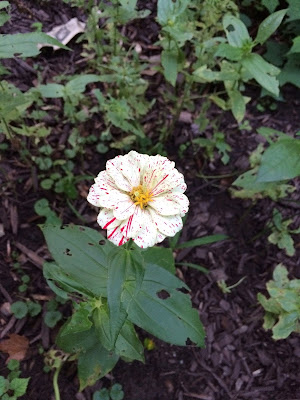 I’ve written before that this is a hard Summer to let go.  But Fall will “officially” begin this week, even though I’m holding on.  Mother Nature has a timeline and plan and she marches toward it, whether I am ready or not.
Posted by Stacy at 8:30 AM