A few weeks back, JT began daily team practice for his Senior year of cross country, his sixth season on the school’s Cross Country team.  He enjoyed running in those early years on the team, though he didn’t always look like a runner.  7th grade JT sometimes walked part of the course on his way across the finish line. 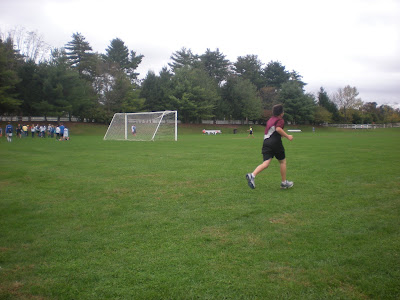 8th grade JT found himself racing to get across the finish line. 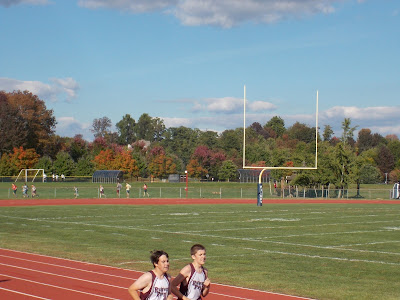 By 9th grade, he was more committed to the team; he never missed a practice.  But I wouldn’t say he was fast. 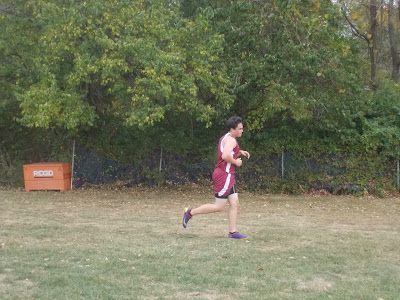 In tenth grade we cheered him on as he came along with the pack. 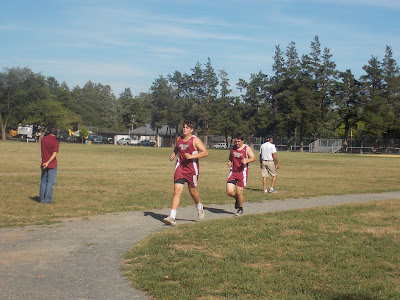 Last year, in 11th grade, it was a whole new JT on the track.  He ran quite a bit the summer before his Junior year and he began the season in the middle of the JV pack.  By the close of the season, he was the number one Varsity runner.  More important than that, the sport was in his blood and he loved it. 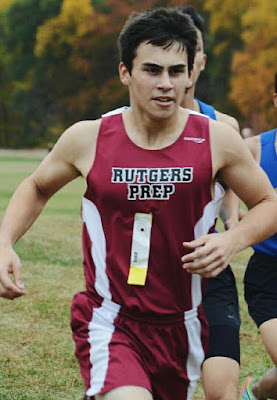 Though the cross country season ended, he never stopped running.  He joined a local track club and trained on his own.  He logged countless miles for a training regimen that had him on the trail six days a week.  I don’t know of a single time that he planned to run but laid around instead.  He started his final high school season as the Varsity leader and as a team captain.  The first race is always nerve-wracking but he looked good, ran a personal best time, and placed fifth. 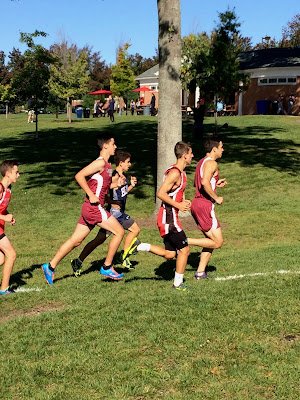 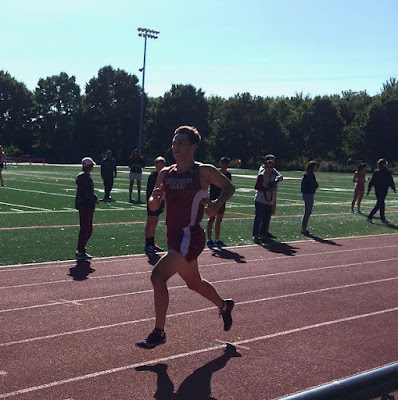 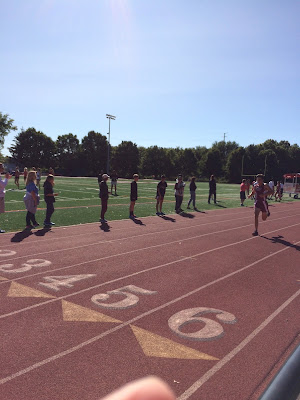 It’s been terrific to watch him develop as a runner.  Last fall, when he first glimpsed his potential talent in the sport, a light went on and he worked as hard as I’ve ever seen him work at a task.  It’s thrilling to watch him do something that he so clearly loves.
Posted by Stacy at 4:00 PM